Each day we deliver translations in many languages. Some of those languages are conventional, like French, German and English. But we also translate into and from slightly less common languages like Swedish and Danish.

Below you will find an overview of the languages in which we deliver translations regularly. If the language you are looking for is not mentioned, don’t worry, just contact us and we will be happy to help you to translate your text in the right language. We can practically always help you to fulfill your language needs! 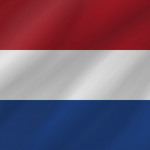 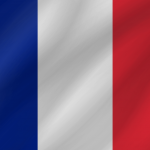 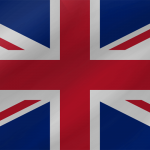 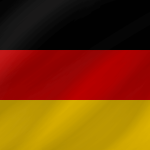 Dutch ( Nederlands) is a West Germanic language that is spoken by around 23 million people as a first language—including the population of the Netherlands and about sixty percent that of Belgium—and by another 5 million as a second language. It is the third most widely spoken Germanic language, after English and German.

Outside of the Low Countries, it is the native language of the majority of the population of Suriname, and also holds official status in Aruba, Curaçao and Sint Maarten, which are constituent countries of the Kingdom of the Netherlands. Historical minorities on the verge of extinction remain in parts of France and Germany, and in Indonesia, while up to half a million native speakers may reside in the United States, Canada and Australiacombined. The Cape Dutch dialects of Southern Africa have evolved into Afrikaans, a mutually intelligible daughter language which is spoken to some degree by at least 16 million people, mainly in South Africa and Namibia.

Dutch is one of the closest relatives of both German and English and is said to be roughly in between them. Dutch, like English, has not undergone the High German consonant shift, does not use Germanic umlaut as a grammatical marker, has largely abandoned the use of the subjunctive, and has levelled much of its morphology, including most of its case system. Features shared with German include the survival of three grammatical genders—albeit with few grammatical consequences—as well as the use of modal particles, final-obstruent devoicing, and a similar word order. Dutch vocabulary is mostly Germanic and incorporates slightly more Romance loans than German but far fewer than English.

More information about the Dutch language...read more on Wikipedia

French (le français [lə fʁɑ̃sɛ] or la langue française [la lɑ̃ɡ fʁɑ̃sɛz]) is a Romance language of the Indo-European family. It descended from the Vulgar Latin of the Roman Empire, as did all Romance languages. French has evolved from Gallo-Romance, the spoken Latin in Gaul, and more specifically in Northern Gaul. Its closest relatives are the other langues d'oïl—languages historically spoken in northern France and in southern Belgium, which French (Francien) has largely supplanted. French was also influenced by native Celtic languages of Northern Roman Gaul like Gallia Belgica and by the (Germanic) Frankish language of the post-Roman Frankishinvaders. Today, owing to France's past overseas expansion, there are numerous French-based creole languages, most notably Haitian Creole. A French-speaking person or nation may be referred to as "Francophone" in both English and French.

French is an official language in 29 countries, most of which are members of the Organisation internationale de la Francophonie (OIF), the community of 84 countries which share the official use or teaching of French. It is spoken as a first language (in descending order of the highest number) in France, the Canadian provinces of Quebec and New Brunswick, the regions of Wallonia and Brussels in Belgium, western Switzerland, Monaco, certain other regions of Canada and the United States (Louisiana and the northern parts of Maine, New Hampshire, and Vermont), and by various communities elsewhere. In 2015, approximately 40% of the francophone population (including L2 and partial speakers) lived in Europe, 35% in sub-Saharan Africa, 15% in North Africa and the Middle East, 8% in the Americas, and 1% in Asia and Oceania.

English /ˈɪŋɡlɪʃ/ is a West Germanic language that was first spoken in early medieval England and is now a global lingua franca Named after the Angles, one of the Germanic tribes that migrated to England, it ultimately derives its name from the Anglia (Angeln) peninsula in the Baltic Sea. It is closely related to the Frisian languages, but its vocabulary has been significantly influenced by other Germanic languages particularly Norse(a North Germanic language), as well as by Latin and Romance languages, particularly French.[6]

English has developed over the course of more than 1,400 years. The earliest forms of English, a set of Anglo-Frisian dialects brought to Great Britain by Anglo-Saxon settlers in the 5th century, are called Old English. Middle English began in the late 11th century with the Norman conquest of England, and was a period in which the language was influenced by French. Early Modern English began in the late 15th century with the introduction of the printing press to London and the King James Bible, and the start of the Great Vowel Shift. Through the worldwide influence of the British Empire, modern English spread around the world from the 17th to mid-20th centuries. Through all types of printed and electronic media, as well as the emergence of the United States as a global superpower, English has become the leading language of international discourse and the lingua franca in many regions and in professional contexts such as science, navigation and law.

German (Deutsch [ˈdɔʏtʃ] ) is a West Germanic language that is mainly spoken in Central Europe. It is the most widely spoken and (co-) official language in Germany, Austria, Switzerland, South Tyrol (Italy), the German-speaking Community of Belgium, and Liechtenstein. It is also one of the three official languages of Luxembourg. The languages which are most similar to German are the other members of the West Germanic language branch: Afrikaans, Dutch, English, the Frisian languages, Low German/Low Saxon, Luxembourgish, and Yiddish. German is the second most widely spoken Germanic language, after English.

One of the major languages of the world, German is the first language of about 95 million people worldwide and the most widely spoken native language in the European Union. German also is the fourth most widely taught non-English language in the US (after Spanish, French and American Sign Language) and third in the EU (after English and French; at lower secondary level), the second most commonly used scientific language as well as the fourth most widely used language on websites (after English, Russian and Japanese). The German-speaking countries are ranked fifth in terms of annual publication of new books, with one tenth of all books (including e-books) in the world being published in the German language. 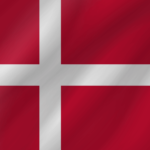 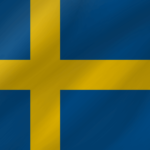 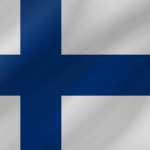 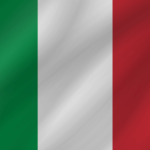 Danish /ˈdeɪnɪʃ/ (dansk pronounced [ˈdanˀsɡ]; dansk sprog, [ˈdanˀsɡ ˈsbʁɔwˀ]) is a North Germanic language spoken by around six million people, principally in Denmark and in the region of Southern Schleswig in northern Germany, where it has minority language status. There are also minor Danish-speaking communities in Norway, Sweden, Spain, the United States, Canada, Brazil and Argentina. Due to immigration and language shift in urban areas, around 15–20% of the population of Greenland speak Danish as their home language.

Along with the other North Germanic languages, Danish is a descendant of Old Norse, the common language of the Germanic peoples that lived in Scandinavia during the Viking Era. Danish, together with Swedish, derives from the East Norse dialect group, while the Middle Norwegian language before the influence of Danish and Norwegian Bokmål are classified as West Norse along with Faroese and Icelandic. A more recent classification based on mutual intelligibility separates modern spoken Danish, Norwegian and Swedish as Mainland Scandinavian while Icelandic and Faroese are classified as Insular Scandinavian.

Swedish  [svɛnːska]) is a North Germanic language, spoken natively by more than 10 million people predominantly in Sweden (as sole official language) and parts of Finland, where it has equal legal standing with Finnish. It is largely mutually intelligible with Norwegian and Danish. Swedish is a descendant of Old Norse, the common language of the Germanic peoples living in Scandinavia during the Viking Era. It is currently the largest of the North Germanic languages by number of speakers.

Standard Swedish, spoken by most Swedes, is the national language that evolved from the Central Swedish dialects in the 19th century and was well established by the beginning of the 20th century. While distinct regional varieties descended from the older rural dialects still exist, the spoken and written language is uniform and standardized.

Finnish , or suomen kieli [ˈsuomen ˈkieli]) is the language spoken by the majority of the population in Finland and by ethnic Finns outside Finland. It is one of the two official languages of Finland and an official minority language in Sweden. In Sweden, both standard Finnish and Meänkieli, a Finnish dialect, are spoken. The Kven language, a dialect of Finnish, is spoken in Northern Norway by a minority group of Finnish descent.

Finnish is the eponymous member of the Finnic language family and is typologically between fusional and agglutinative languages. It modifies and inflects nouns, adjectives, pronouns, numerals and verbs, depending on their roles in the sentence.

Italian  [itaˈljaːno] or lingua italiana [ˈliŋɡwa itaˈljaːna]) is a Romance language. By most measures, Italian, together with Sardinian, is the closest to Latin of the Romance languages. Italian is an official language in Italy, Switzerland, San Marino, Vatican City and western Istria (in Slovenia and Croatia). It used to have official status in Albania, Malta and Monaco, where it is still widely spoken, as well as in former Italian East Africa and Italian North Africa regions where it plays a significant role in various sectors. Italian is also spoken by large expatriate communities in the Americas and Australia. It has official minority status in Bosnia and Herzegovina, Croatia, Slovenia and Romania. Many speakers are native bilinguals of both standardized Italian and other regional languages. Italian is a major European language, being one of the official languages of the Organisation for Security and Cooperation in Europe and one of the working languages of the Council of Europe. It is the third most widely spoken first language in the European Unionwith 65 million native speakers (13% of the EU population) and it is spoken as a second language by 14 million EU citizens (3%). Including Italian speakers in non-EU European countries (such as Switzerland and Albania) and on other continents, the total number of speakers is around 85 million.